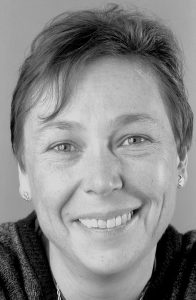 A few months before her passing in 1989, Cynthia Slater received an award from Shanti recognizing her AIDS activism on behalf of women with AIDS/HIV specifically, and all people with AIDS generally. But, before Cynthia Slater learned she had AIDS and fought to make women a priority in AIDS work, she was the founder of Society of Janus, the infamous and still active Leather/BDSM organization that often served as the ire of anti-pornography feminist activists and the religious right during the 1970s and early 1980s. Cynthia Slater, who considered herself an artist who worked in nontraditional mediums, wrote about her experiences as a bisexual woman who was deeply connected to the leather scenes in San Francisco and was even photographed by Robert Mapplethorpe. When safe sex education was being developed by gay communities in the early 1980s, Slater took part in efforts to spread awareness of safer sex practices in the bath houses in San Francisco prior to them being shut down (interestingly enough Bill Barcus would receive an award the same year as her and his first major homeless shelter was built out of a recently closed bath house that Slater had frequented as an activist). Slater learned she was HIV+ in 1985 and learned she had AIDS in 1987. During this period, Cynthia became more involved with Shanti Project and acquired a volunteer and began attending support groups.

In Shanti’s internal PWA newsletter made available to PWAs through the Activities Program (originally organized by Bobby Reynolds), Cynthia wrote a brief article encouraging PWAs to not remain isolated or seek “sameness” when it came to getting support. “One of the commonalities of the human experience is a desire to belong, to be a part of, to fit in,” Cynthia wrote. “We tend to seek association with others who we feel are like us.” While not faulting PWAs for doing so, Slater notes that there is a risk of eliminating others “until we end up an association of one.” This issue of connection across difference, commonality found amongst people with diverging personal agendas was a position that was perhaps familiar for Slater. After all, besides founding the pansexual Society of Janus BDSM support organization, she also partnered with queer men in bringing women into the BDSM/Leather scene in San Francisco during the 1970s, most notably hosting the first all women’s sex party night at The Catacombs. While she was dedicated on there being spaces that met the needs of all genders, whether it was the issue of AIDS or in her own Leather-kink communities, Cynthia also fought to bring attention to the lack of resources for women living with AIDS/HIV in San Francisco.

Despite its reputation, rightfully earned, for being the leading place for compassionate care for people living with HIV/AIDS, women living with AIDS/HIV were often smaller in number in terms of cases and thus received less attention and sometimes less care and compassion. In an 1989 television interview about her award from Shanti, Slater retorted to reporters that the issue of lack of attention and funding towards women with AIDS issues was “a numbers game.” She stated: “The numbers [of women with AIDS] are changing…and it’s a discounting the value of individuals. How many women have to die before we start to count?”

In her short essay for the Shanti PWA newsletter, Slater writes movingly:
“We who are facing life-threatening illness also find ourselves examining issues that most folks don’t readily look at: “What is death?” “What does my life mean?” “Who am I?” “What do I really need and is that different from what I want?”…In our support group, it’s not so much that the questions we ask are the same as it is that we share an awareness that we don’t seem to have forever for the exploration. These bonds are the earth of our common meeting ground…We have no basis on which to stigmatize each other, for when we do so we are oppressing ourselves…I invite each man or woman with AIDS who is involved with Shanti Project to take full advantage of what is offered. This includes a willingness to stick around for a while, even if you’re the “only one”…Be there so that others, when they come along, will have your presence to help them through. By doing so, we can all gain strength, unity, and voice.”

You can read more about Cynthia here and here