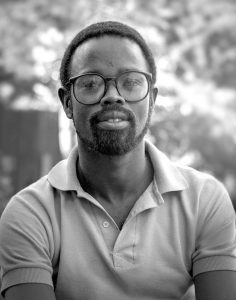 “I’m a thirty-year-old black man born and raised in San Francisco. I grew up in Hunter’s Point and Candlestick Projects until I was fourteen…My life was going on its usual up and down pattern when I heard from a friend that he was diagnosed with ARC [AIDS Related Complex]. He expressed his fears of being considered a leper and the ultimate aloneness that crept into his life…Through [the San Francisco AIDS Foundation] I found out about Shanti…The training was awesome. I felt so much love and so much concern that I knew heaven could be no better. I spoke earlier about my own homophobic tendencies, well after being with nearly a hundred gay men and women concerned with fellow human beings and not gays concerned with themselves, I was overwhelmed. I nearly came to tears during one of the sessions on grief. The gay man who presented it was a strong and loving person. I chose to look to him as a role model, for he was very centered and that center I feel represents Shanti as a whole.”